Q & A: Amazing Women with Amazing Jobs: The Woman Who Ran Into the Wild Cold Greetings from the Depths of Hell

Two very doughy, coarse, pale middleaged women sitting across from each other, typing.

1, without looking up from her screen: If I were a guy, I’d go for a woman from Thailand or somewhere like that. They are so petite and have such beautiful shiny hair. I once got a massage from a Thai woman who walked all over my back and I really wanted to put her in my pocket afterwards and take her home with me.

2, typing: Hell no. They are so submissive.

2: AND they always have weird legs. Short and bowlegged.

1, looks up: Are you talking about people from Greenland, because they are often quite bowlegged??

2, reaches for her coffee: They get that from drinking too much, don’t they?

1, sips her coffee. Stares out the window: Well, for sure I’d go for someone with some kind of color. Perhaps someone from Latin America…

2, leans back in her chair: Not one of those ape-like Indians, I hope? They eat bugs, you know. Locusts.

1: No, more like a samba goddess, you know with a good rack and a nice ass.

2, typing: But not in the hawk-nosed kind of way.

1, looks at her screen: Nooooo.

1: Yeah, so some kind of mulatto or mixed-breed.

Enter: Thunderbolt of karmic lightning. Strikes and kills them both. 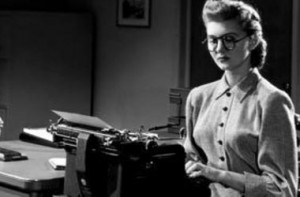