Fight/Flight If People Told the Truth

It was the first day of Christmas break and I came home early with three kids on tow. We were going to make Christmas cookies. We ended up doing no such thing.

From the garden came the awful sound of Max wailing. I thought he might have been struck by a car. He was panicked, screaming and both his hind legs were lying stretched out behind him, eerily and completely cold.

In what I can only label on my top five list of goddamn awful rides, traffic was moving at glacier pace; the cat was crying, the kids were crying, I was crying. I pulled up in front of the clinic with screeching tires like a bad movie from the 70’s. The doctor examined him and it turned out he had a stroke, which left his whole hind-end paralyzed. No hope, nothing to do.

In my kid’s first real encounter with death, we sobbingly said our goodbyes.

We got him at the same time our youngest son was born. I would nurse the babe and the cat would spoon him, purring. He was had little white hairs in his dark fur, like pin stripes. He was the sheriff of the hood; never afraid of anything. When we had construction workers digging up our entire sidewalk, a guy was pounding the pavement with a big noisy machine, and the cat walked by, completely ignoring all of the commotion. I was secretly proud as the guys all looked at the cat and one of them said: “Check out that cat. What a badass, he’s afraid of nothing”.

And he wasn’t. Not a fuck was given. He could hardly care to throw a glance at any big dog.

He’d tap the window to be let in. And he’d catch little murderous tokens of affection and put them on my doormat. And when he hopped on to my lap, he’d drool when he was purring because he was having such a good time.

And as I angrily tell myself that he was just a “stupid cat”, I snivel and miss him.

There is a new sheriff in the happy hunting grounds. No bird or mouse can be safe now. 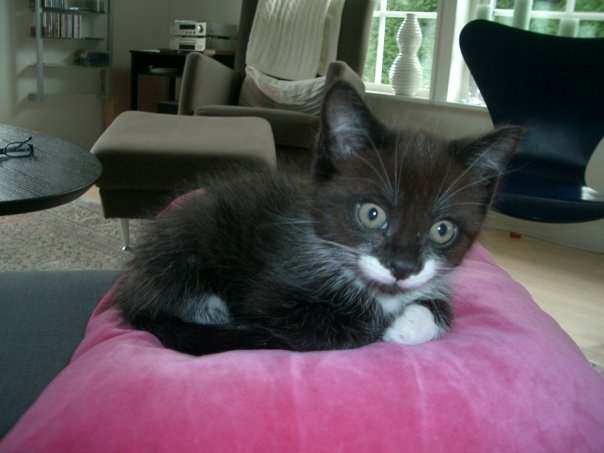 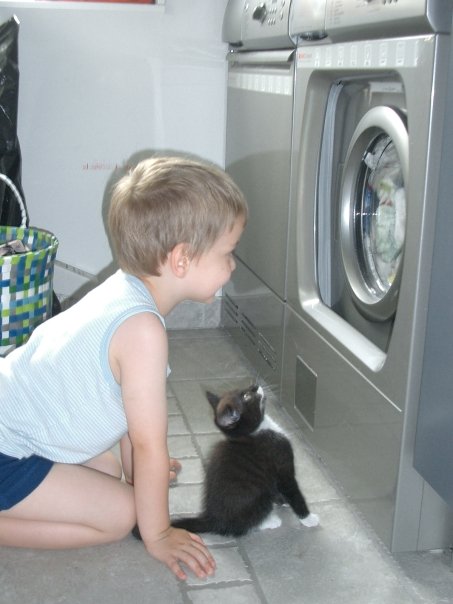 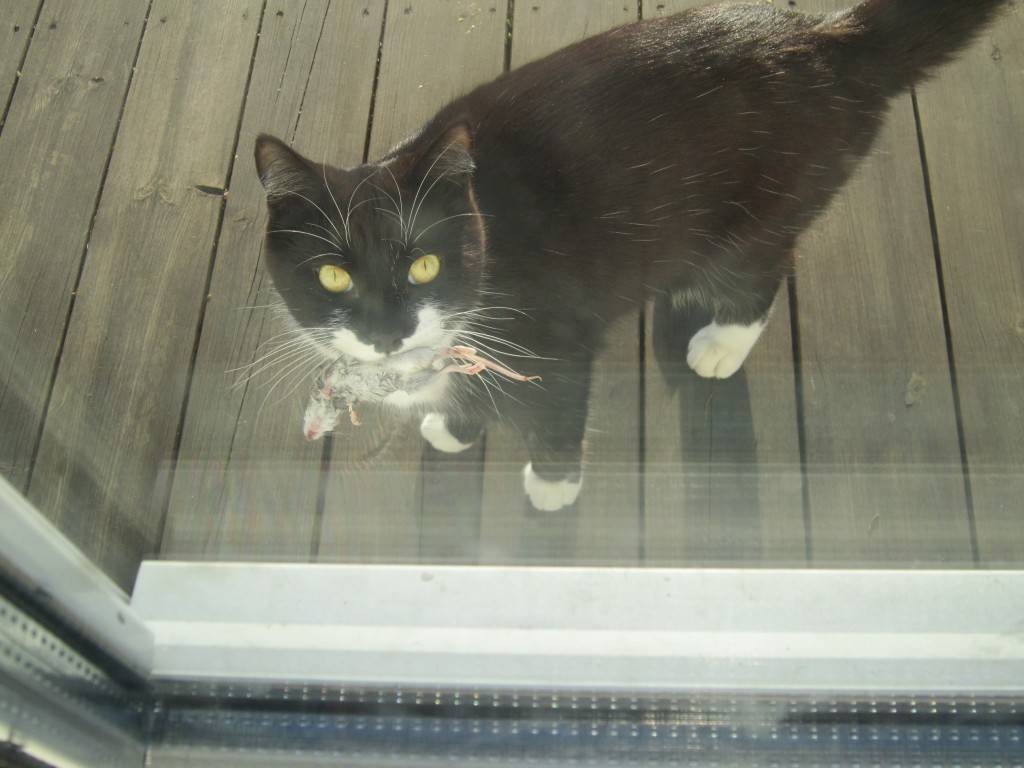 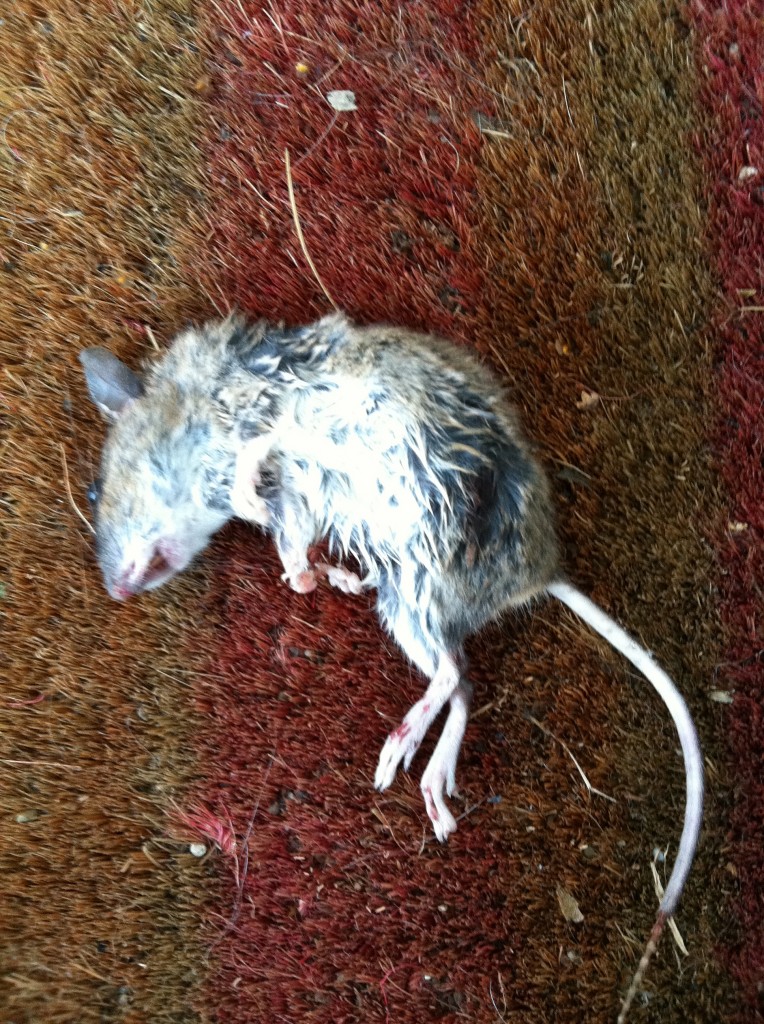 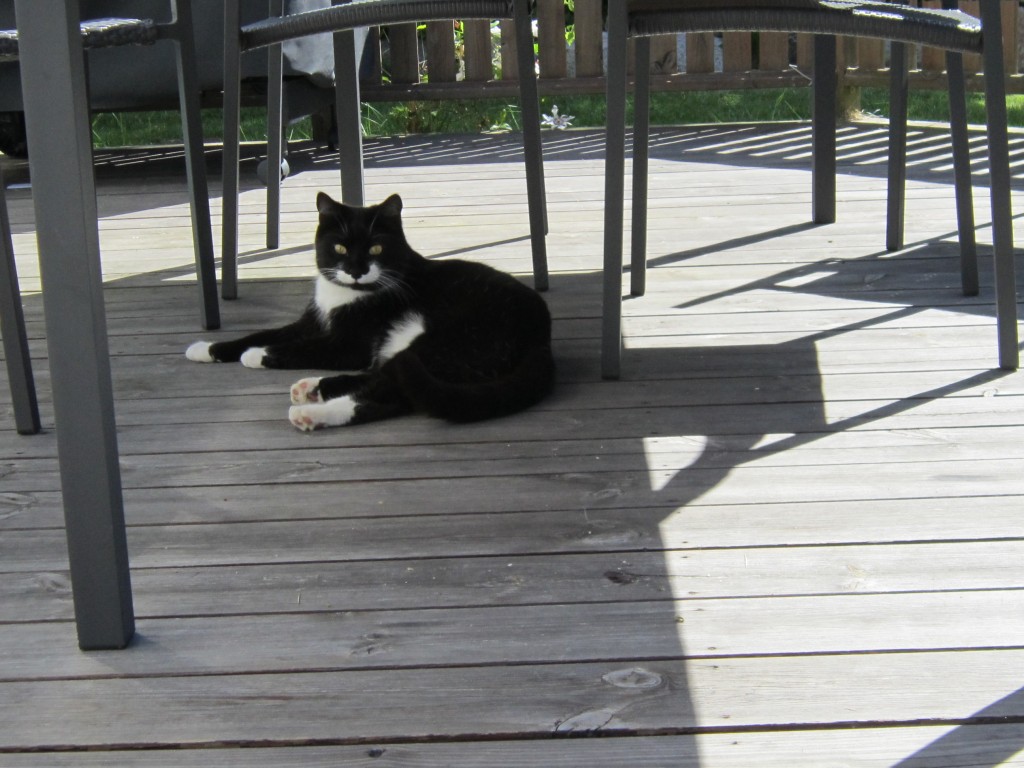 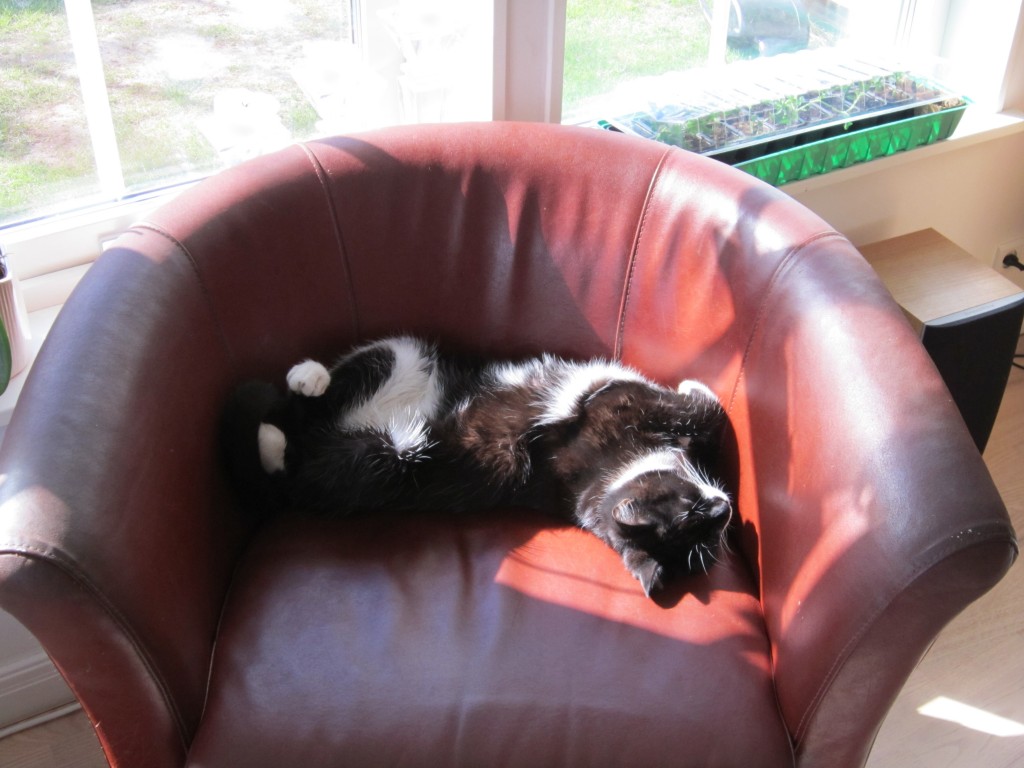