Lost: Balls. Reward Given! A Little To the Left and Faster

American psychologist Martin Seligman placed 3 dogs in harnesses. Dog 1 was  simply put in the harnesses for a period of time and later released. Dog 2 was given electric shocks, which the dog could end by pressing a lever.  Dog 3 received shocks of identical intensity and duration as Dog 2, but his lever didn’t stop the electric shocks. To Dog 3, it seemed that the shock ended at random and it appeared to be “inescapable.”

Then, these three dogs were placed in a box, in which the dogs could escape electric shocks by jumping over a low partition, as Dog 1 and 2 did. Dog 3, who had learned that nothing he did had any effect on the shocks, simply lay down passively and whined. He could have easily escaped the shocks by jumping the partition, but didn’t try.

Dogs 1 and 2 quickly recovered from the experience, but Dog 3 had learned to be helpless.

Threats, rewards, and observed demonstrations had no effect in helping the dog to move away from the shocks on their own accord. Experimenters had to physically pick up the dog and move the legs in a close replication of the physical actions the dog needed to take to remove away from the electrified grid. This had to be replicated at least two times before the dog would exhibit the functional response of jumping over the barrier to get away from the electrified grid.

I have been thinking about these dogs a lot recently. And then I look at my kids.  I did this to them. Hovering. Servicing. Paving the way. I did this to myself – how are they to know that they are spoiled, greedy, little ungrateful bastards – they are doing all they know how to, and doing the best they can (God bless ’em). I need to de-learn the high level of service! They need to learn to rely age-appropriately on themselves. So, I try NOT to automatically help my 5 year old get dressed or serve breakfast to my 9 year old. For fuck’s sake. I am trying to raise strong, independent men, here.

So the cereal is on the shelf (get it yourself!) and the socks are in the drawer (go put them on!).

Do it yourself, dog! 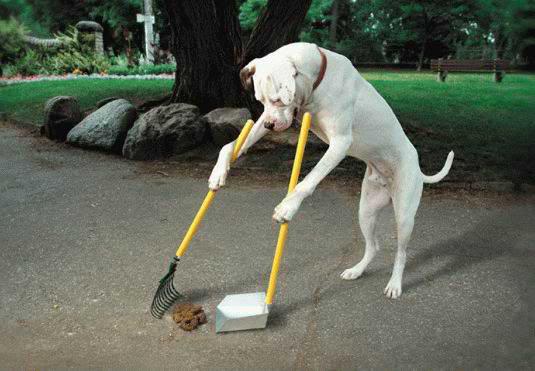