The Luxury of Crystalized Violets

If you follow my blog regularly, you’ll know that I adore edible flowers. More than any other flower, I adore the violet. It comes out in March as if to tell the world that Spring is coming, it is petite and feminin and it has a wonderful aroma not to be found quite like it in any other thing.

So when I passed an entire field with violets the other day, I knew I had to come back….

While you can buy crystalized violets, it does have a certain charm to make you own. It is a time consuming affair however, so it is only a project for those, who think it is fun.

Wash the flowers carefully. I gave them a quick swim in a bowl of water. They really aren’t THAT delicate – mine held their own through quite a lot of handling.

Now dry them by placing them carefully on paper towel.

The recipes I found all said to whisk the egg whites slightly, to make it foamy (not all the way to stiff – as the sailor told the nun!) – in MY experience you shouldn’t do that, though. It just makes the frothy egg white lumpy when it meets the casting sugar. Some recipes also suggested to use a brush to “paint” on the egg white – I tried that too and quickly gave up on that – who has time for that?

What I actually did was dump a handful at the time into the egg whites, gently press off excess egg whites and then I dumped the lot into a bowl of casting sugar while sifting more sugar on top, making sure they were nicely covered. Then I placed them on a sheet of non stick paper, and gently separated them all so they didn’t touch. 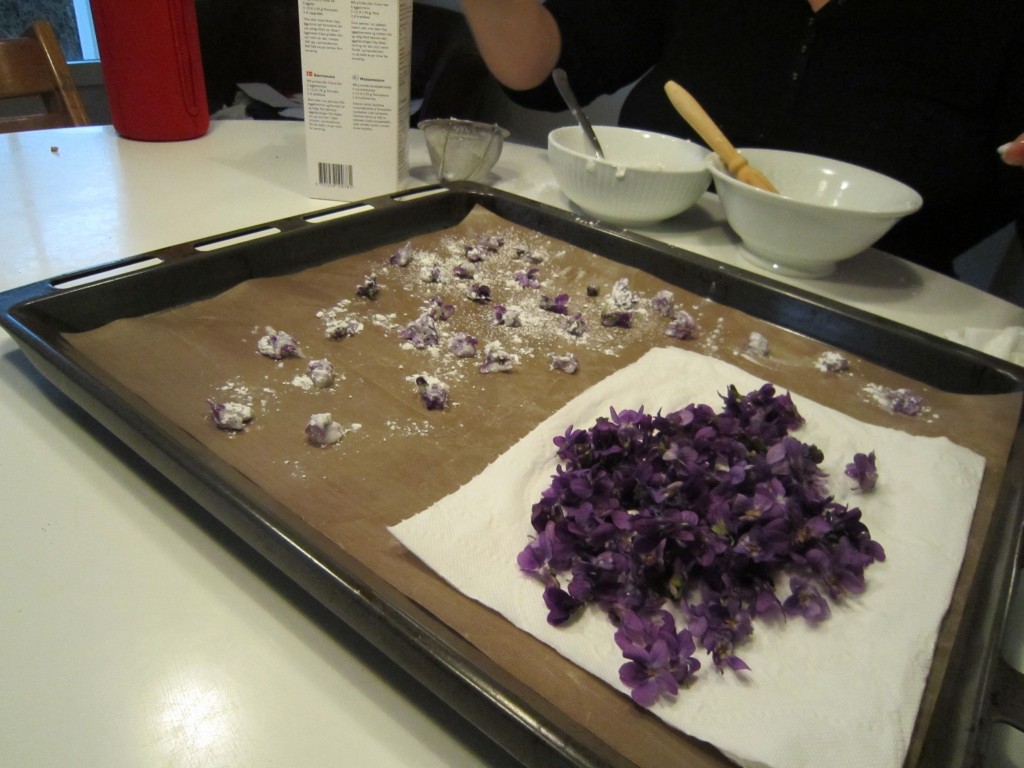 Make sure they don’t touch. I sifted a bit of extra sugar on top. 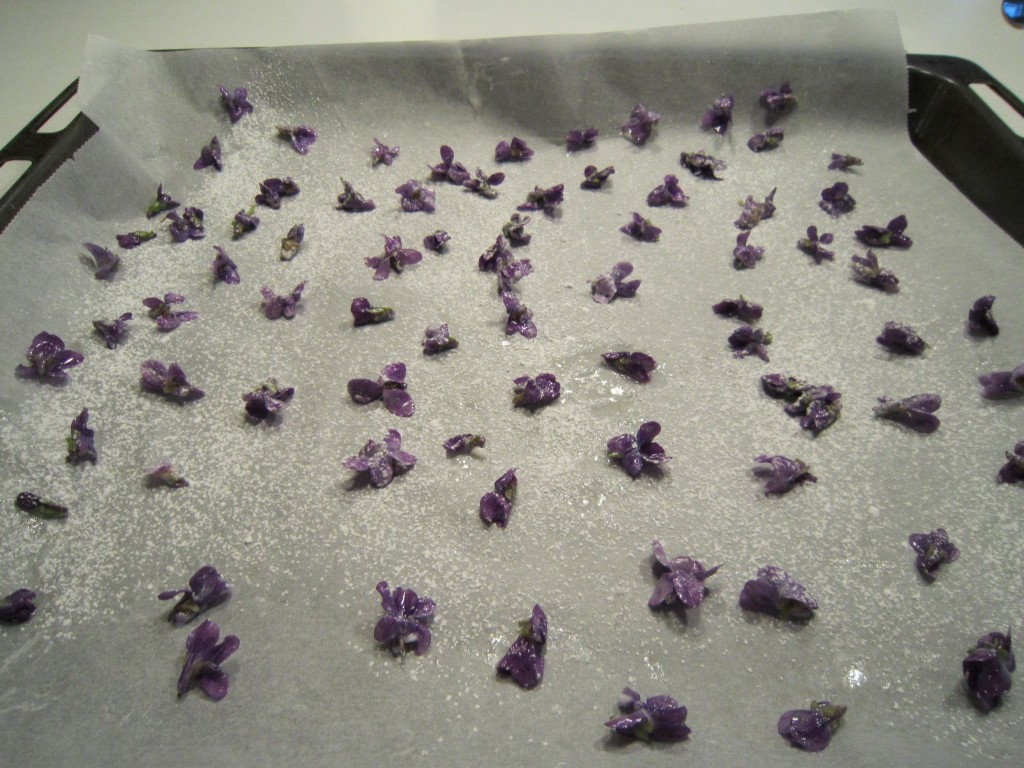 You can also crystalize the leaves of violets.

Some recipes recommend drying the flowers in a warm over at 70 degrees Celsius for 2 hours. Others say that any temperature over 50 degrees will kill the flavor, so I just put them in my very warm closet, where my fernus is – overnight. Or you could put them close to a radiator or fireplace – not too close though! 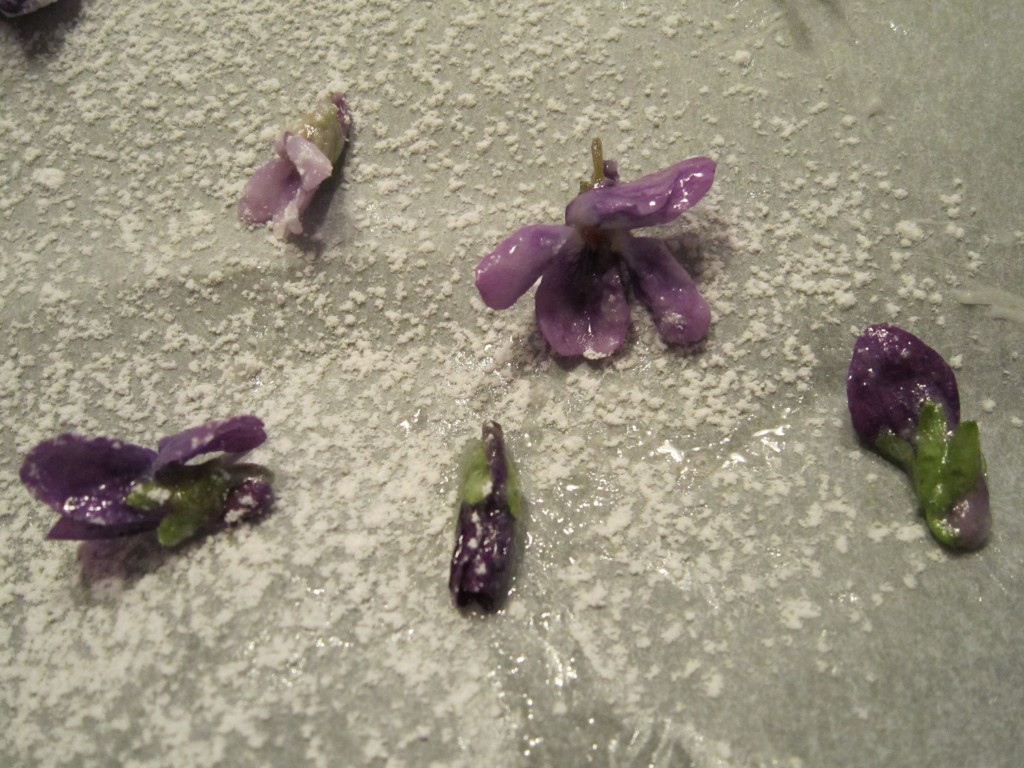 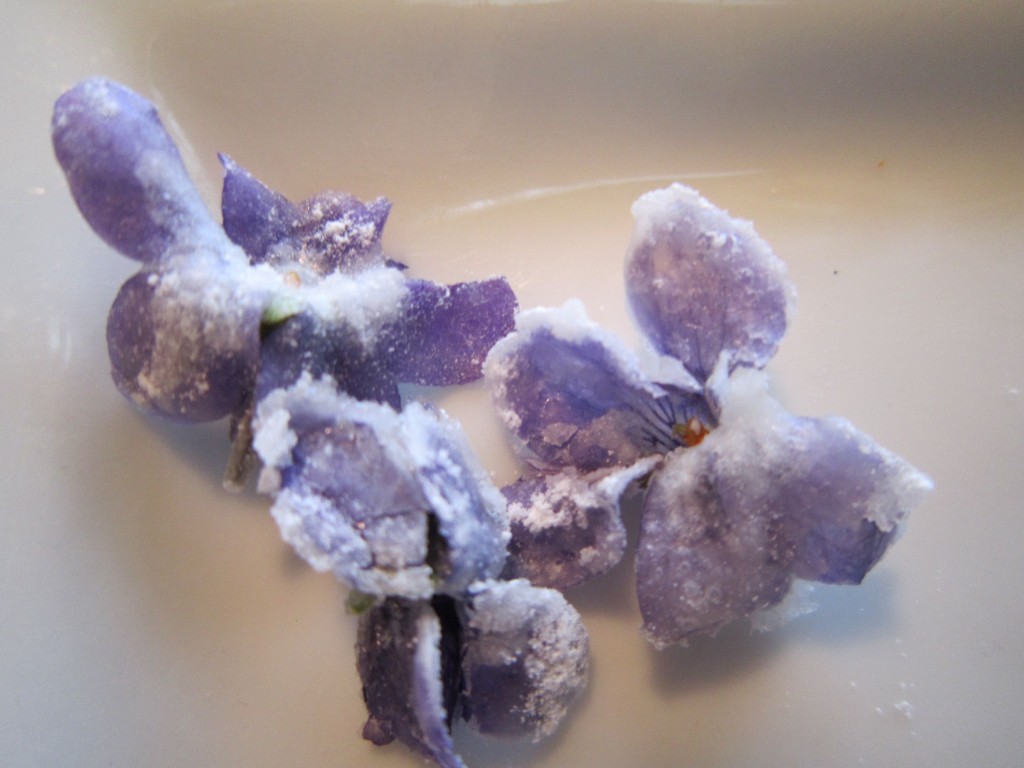 Aren’t they pretty? They’ll make any cake look like a million dollars! 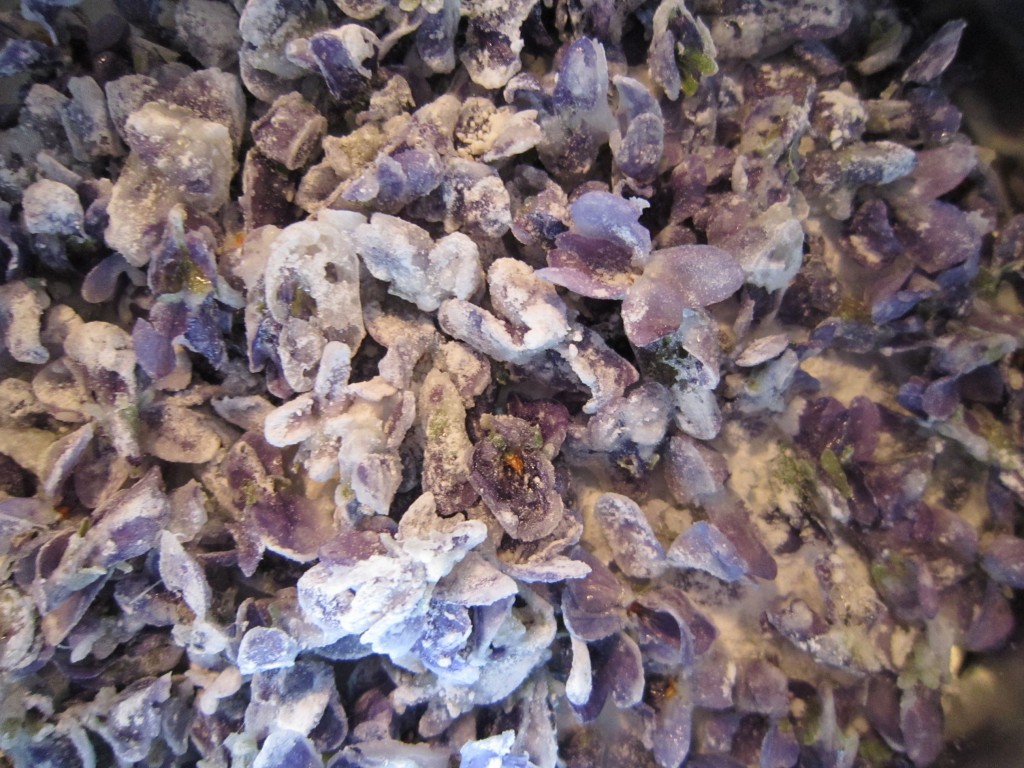 Store in an airtight container in a cool, dry place.

2 Responses to The Luxury of Crystalized Violets