The restaurant was half-empty with only six guests seated and a very beautiful Vietnamese waitress barking her orders through the tiny hatch in the wall where the kitchen lay. We ordered our food, and cool, refreshing drinks were promptly served.

It had been a long and beautiful day; class from 9 to 4 and then a four hour long hike about Paris, from les Jardins de Tuileries over Place de la Concorde, crossing the river Seine, starring up the Eiffel Tower and then home to Montmartre via Boulevard de New York. Our dogs were tired.

Dick got up to visit the restroom, which lay adjacent to the main room. Subconsciously, I heard him lock the door. In an astronomically rare event, then followed a single second, where everything in the world quieted down. In the hustle and bustle of this busy world, there was a gap in time, a split second, where all sound was muffled in the vastness of the universe. In a cold, black, still galaxy of quietness, there was nothing. Except in exactly this place in time and space, a sound came from the toilet. It was an image being projected more than an actual sound. It was the image of a guy relieving himself and the sound that spurred that image in high definition, Technicolor and surround sound was a happy little tune -whistled.

I had been looking at my map but as the sound of this whistle met my ears, I looked up. My eyes locked with the eyes of a man across the room. Time slowed down. The world froze. Nothing seemed to move; there were just the man across the room and I, deep in meeting, and the clear, distinct sound of whistling. Time jolted back into motion, just as my face and his split into ugly grimaces of uncontrollable laughter. From deep down in my belly, from the core of my being, an unstoppable freight train of laughter rolled up and out. Soon, tears spilled down my hot face, purple with the strain of pressing out vast amounts of air in an ”ah-ah-ah”-rhythm.

The laughter took on a life of its own, I hid my face in a napkin and cried from laughing so hard. For a while, I was beyond reach. Across the room, the man was having his own meltdown. We would both gain our composure but then catch the other one’s eye and burst into another series of laughter-induced spasms. By now, my stomach hurt as well as the corners of my mouth, having been distorted for an uncomfortable length of time. I wiped my eyes with the napkin and sighed deeply. A few after shocks shook me but eventually I quieted down; exhausted.

The door to the restroom went up and out came Dickie, oblivious to the commotion he had caused. I found it hard to explain. I was limp. Thankfully, our food soon arrived and we ate. The guy in the corner would catch my eye and we smiled knowingly to eachother.

As I got up to leave, I went over to him and shook his hand. “Thank you for that, my friend”, I said. He held my hand with both of his. “I shall never forget you”, he said. “Nor I you”, I answered.

I suspect we shall never meet again. 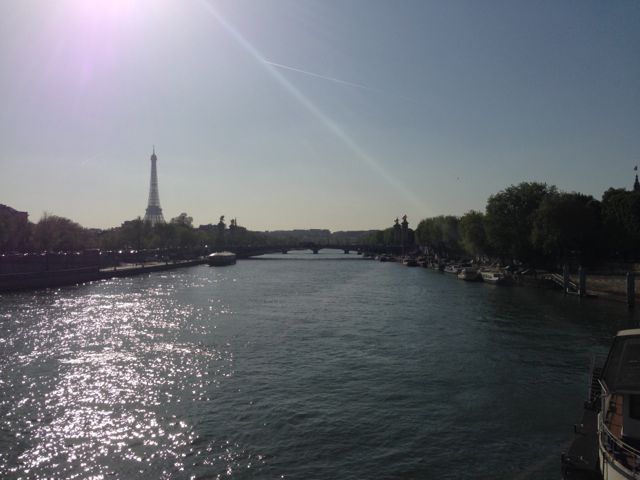 One Response to Brief Encounters (Dinner with Dick)