Miss You – “A Non-Post” On Love: When Two Become One

The Definition of Being a Mother

My 6-year old son asked for a piece of cheese. I took a tiny bite out of it and gave him a slice. Later, I found the end piece cut off. He did not want to eat something that had been in contact with my mouth.

This from a guy, I grew to about 7 pounds in my uterus and then pushed out through my tiny, little vagina.

From a guy, I fed for months and months on milk, which he sucked out of my increasingly long breasts.

This from a guy whose butt I have wiped more than 1,000 times, cleaned the poo off, sometimes poo that went all the way up to his neck.

This from a guy whose pink eyes I bathed the yellow, slimey, crusty DISGUSTING puss out of, a guy whose snotty nose I have wiped more times then I care to remember.

Yes indeed, this from a guy who has coughed, bleed and peed on me – not to mention thrown up on – many, many, MANY times.

Excuse me, while I secretly go use his toothbrush. 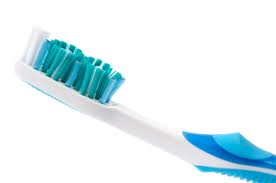 3 Responses to The Definition of Being a Mother